April 20th, 2020 is the Big Day! The day that I never, in a million years, thought I would have. The day I have dreamt about my entire life…literally.

I still remember acting it out as a child, walking down the imaginary isle in my imaginary long flowing beautiful white dress and my Prince in Shining Armor waiting patiently to take my hand in marriage.

We are about 7 months away from the day I have waited for my entire life. The last year has been pretty easy planning for this. I mean, once we decided on a venue, everything else just started to flow and fall in place.

The Venue is booked, the photographer is booked. I even had my dress before we officially started planning the wedding!

The one thing that I continuously keep trying to avoid though is our guest list. More specifically, my side…

If you look at my list you will see “My Mother” written on the side followed by a HUGE question mark.

Do I invite my mother to my wedding? It’s a question that I have been asking myself, basically my entire life. I’m a little pissed, to be honest, that this is actually something that I have to think very hard about. But it’s also something that I truly don’t need to think about at all, I already know the answer.

“All of my successes were exploited as her own, and my failures were mine alone.”

So why am I so torn? The mother of the bride traditionally holds a seat of honor in the bridal party. And that alone is half the problem. My mother will make the 2nd most important day of MY LIFE (1st being the birth of my son) all about herself. She’s the “Mother of The Bride”, so therefore, in her twisted thinking, she is the most important person there, and will demand to be catered to, and treated like a queen.

She has had no part in planning my wedding. Not one bit, and in her eyes she doesn’t need to. Giving me life is the only thing she was/is responsible for. And she never missed the chance to let me know that I OWE HER because without her there wouldn’t be a me, I wouldn’t have what I have if she didn’t give birth to me. If it wasn’t for her I wouldn’t have my sobriety, my fiancé, my son… you name it. Anything I worked for and have achieved she claims all credit for.

My mother is narcissistic and is addicted to alcohol. During my childhood, my mother’s love was conditional. All of my successes were exploited as her own, and my failures were mine alone.

I keep thinking about all the things that would go wrong if she came, and how for the entire time of my wedding I will be stressed out and worried about what she could do or say to make the day hell. Or worried about someone saying something that would offend her. She will loudly huff and puff at people she doesn’t like or even know for that matter. She will LITERALLY stick her nose into the air so the entire world knows that she dislikes that person. It’s pretty embarrassing.

Mother: “You are more dead to me than Tara ever will be!”

I really don’t want to have to worry about things like that. I REALLY REALLY REALLY just want to enjoy the day and share with friends and loved ones the beginning of a new chapter in my life.

My little brother and I have talked about it as well, and he assured me that if anything went south, that he would be there to drag her out…hopefully without a scene. But I don’t want my baby brother, whom by the way is standing in my dads place to give me away, to have to leave early to babysit my drunken mess of a mother.

I’m inviting my sisters, whom I share the same father with, to my wedding as well. My mother cannot stand them, and honestly I couldn’t tell you why. She wouldn’t even allow them to come to my baby sisters funeral last year. That day alone showed me what kind of person my mother is. She made that day all about herself! Because my baby sister was HER DAUGHTER! It didn’t matter one bit that anyone else lost a friend, a sister, a cousin etc. The whole day was all about my mom and HER loss.

I would be honored if my sisters could make it! And I wouldn’t have to worry about them making a scene. But them being there would send my mother into a whirl wind of eye rolling, and pointing her nose up in the air, while huffing and puffing and calling them names under her breathe if they got anywhere near her and making rude gestures at just the sight of them. And god only knows what more once she has a few drinks in her. FUCK THAT! My sisters, my self, and every guest are not going to walk on egg shells at MY WEDDING because my mother chooses to be the person she is.

I’m not going to keep looking over my shoulder the entire time either, to make sure that she isn’t making a fool out of herself, my brother or me.

I don’t want to be embarrassed, like I was for Thanksgiving 3 years back. She came to Kansas to visit for a week. It was on Thanksgiving, and she didn’t like my friend Kristi (who is a bridesmaid in my wedding). She was completely rude to her in front of everyone I had invited for dinner, and then locked herself in my bathroom for an hour and wouldn’t come out to eat dinner and then finally decided to come out and go to bed, but not before screaming at me that she didn’t like my friends and that I should make them all leave because she didn’t like them. Everyone heard the entire thing!!! I was so beyond embarrassed it wasn’t funny.

Also, I haven’t spoken with my mother since I wrote An Open Letter To My Baby Sister, Who lost Her Life to Addiction. She can’t stand to hear or see the truth. The day that I posted it, I knew it would only be a matter of time before I got the phone call from her…It was a short phone call…

And then she hung up. That was the last time I spoke with her. No birthday call, no birthday call to my son. Blocked me from all social media. No contact since May 7th, and to be honest, my life is much more peaceful because of it.

Clearly she doesn’t want to be a part of my life, or my sons life. So why should I make an effort to include her in something she wants nothing to do with?

The funny thing is…she keeps telling my brother that she doesn’t want to go to my wedding. Been saying it for months. And when she doesn’t get an invite and realizes that she isn’t welcome, she will get people to feel sorry for her somehow. “My own daughter doesn’t want me at her wedding…poor poor me.”

I will be portrayed as the worst daughter on the planet. Like what kind of daughter doesn’t invite her own mother to her wedding???? And it will be all about her again. She becomes the victim.

The cons of inviting her, and having her here on my special day far outweigh the pros.

She is Toxic. She makes her life purpose to find the negative in everything. If she sees you happy, she will go out of her way to make you as miserable as she is. She is a rotten person, she is selfish, and cares for no one but herself. She is mentally abusive still. She is no longer physically strong enough to be physically abusive as she was most of our lives, but I wouldn’t put it past her to still try.

And you want to know the really fucked up part about all this?

I still love her. And my heart breaks for her, but she chooses to be this person, and refuses to get help. There is always this small part of me that hopes Someday, One Day, she will change and be the mom that we all needed. I thought for sure after my baby sister died, that she might get closer to the rest of us kids, and make up for lost time. I thought maybe it would wake her up and she would be an awesome Grandma to her 3 grandchildren.

But no, it didn’t happen, she only got worse.

April 20th, 2020 is going to be an amazing day. And I won’t let anyone ruin that for me and my fiancé. Mother or not, she is not welcome, and that’s a choice she made. And I am not going to feel bad about it. 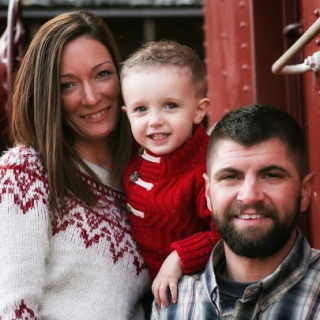